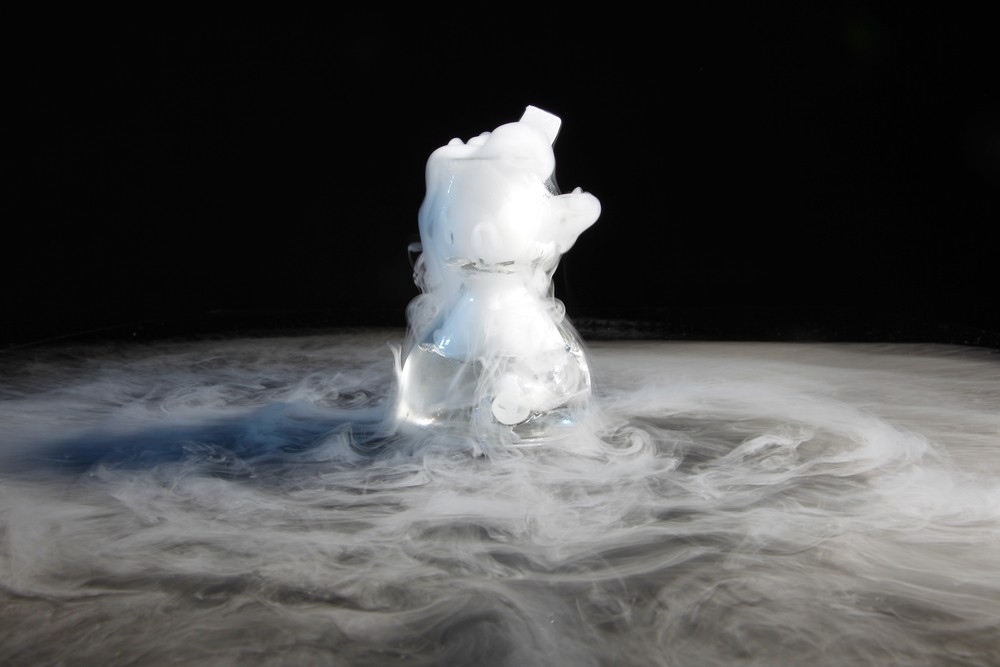 Matter can exist in one of three fundamental states: Solid, Liquid or Gas

Here we consider the way in which these three states behave

We see how matter can be converted from one state into another and we introduce the terms used for these changes.

It is important to be able to recall and explain the properties and behaviour of solids liquids and gases.

We also look at the way in which some substances dissolve in others and consider the terms : 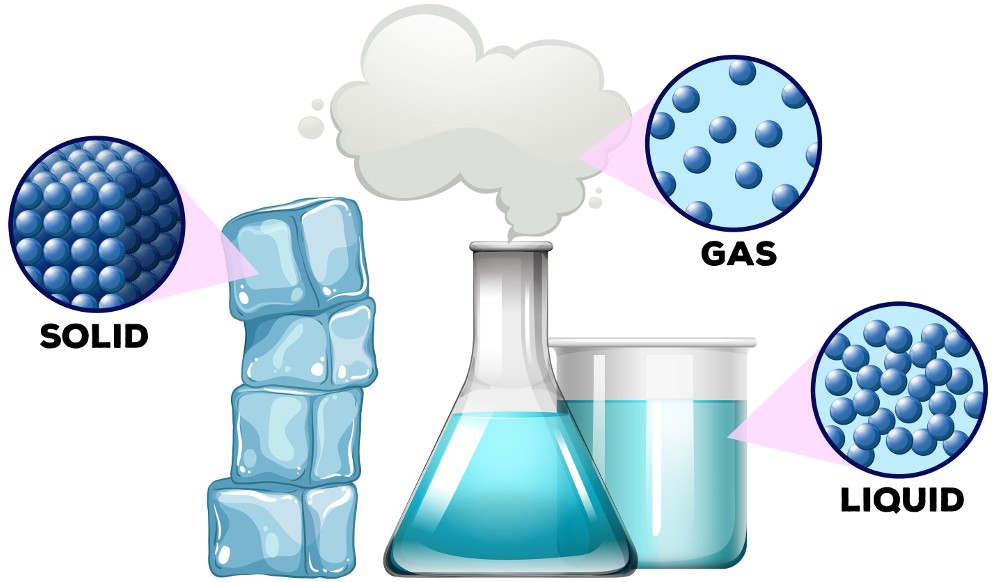 The three primary states of matter

1.1 understand the three states of matter in terms of the arrangement, movement and energy of the particles

1.2 understand the interconversions between the three states of matter in terms of:

1.2 Activity 1: Properties of the states

All matter is made up of particles. In solids, liquids and gases, the particles might be ions, molecules or atoms.

Watch the first 70 seconds of the video. Use your own words to describe the motion of the particles, the behaviour, shape and volume of a material when it is a :

Write your answer using the three bullet points above.  Compare your answer with the one given in the answers tab 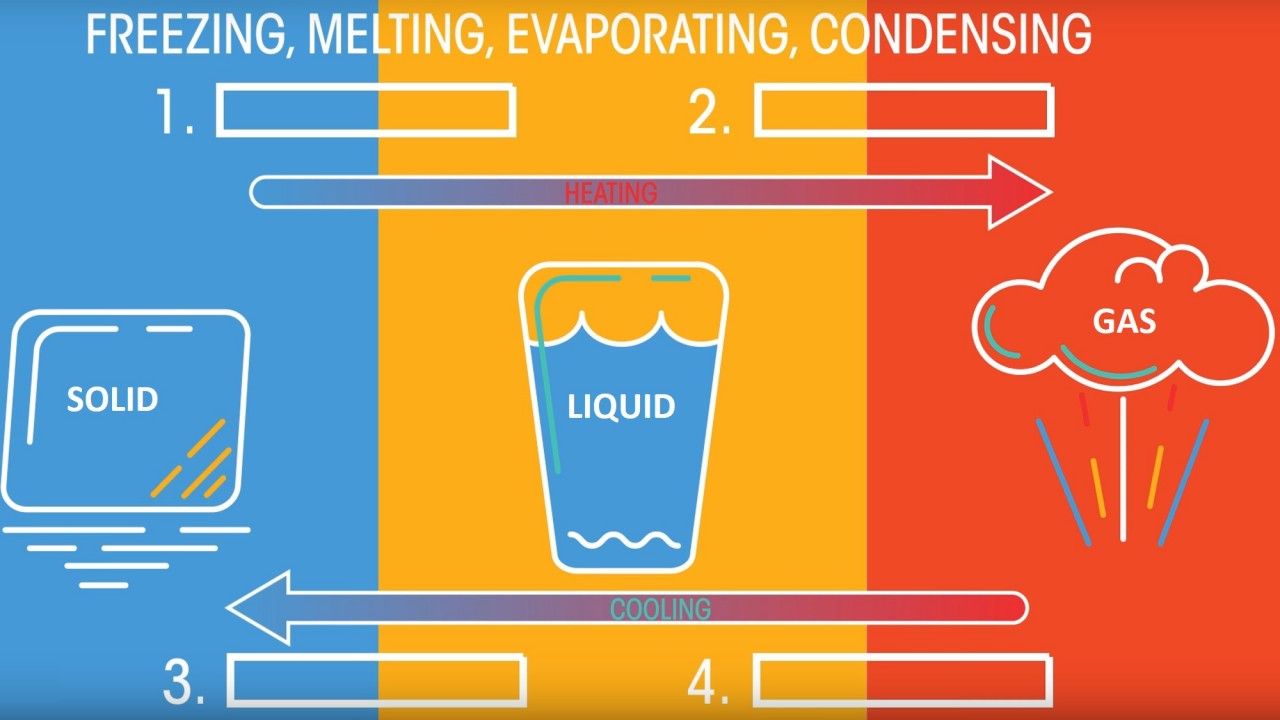 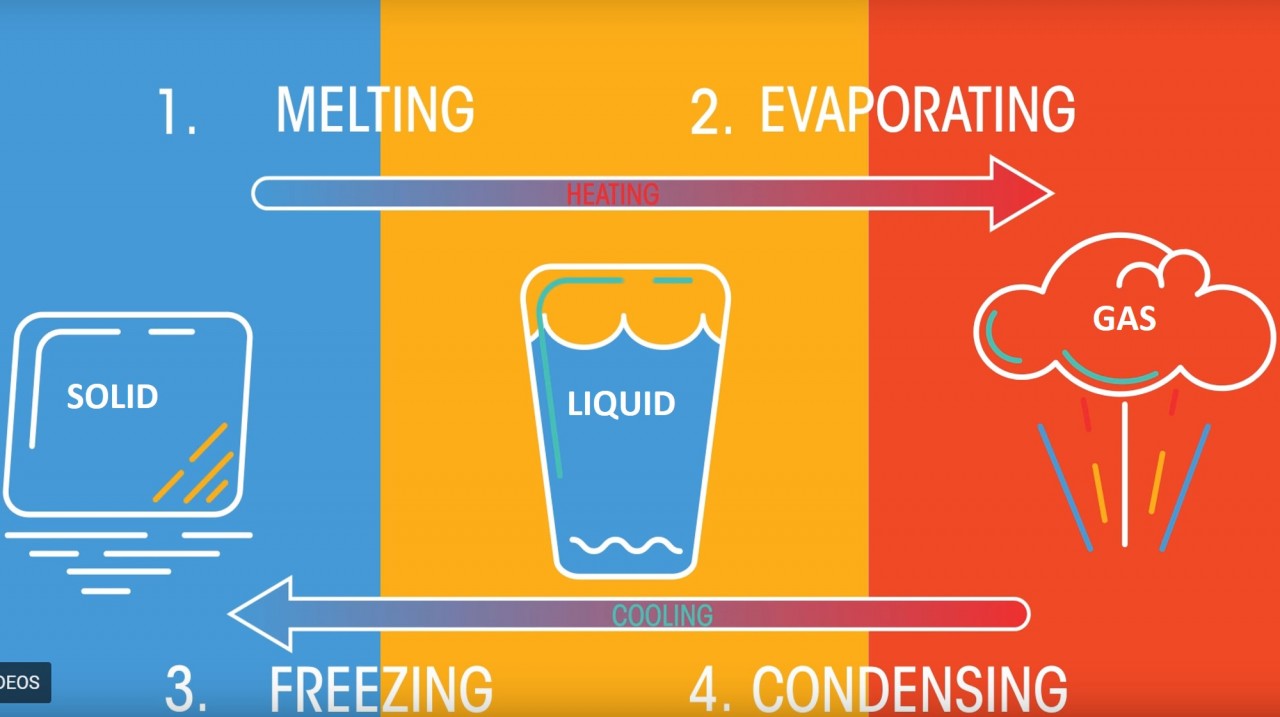 Four changes of state. Which two terms are missing?

Heating a material will give energy to its particles and cause them to move more rapidly. Cooling does the opposite. Heating or cooling can therefore cause a material to undergo a change of state.

With three principal states of matter there are six possible changes depending on whether we are heating or cooling the substances. These are shown in the table below. 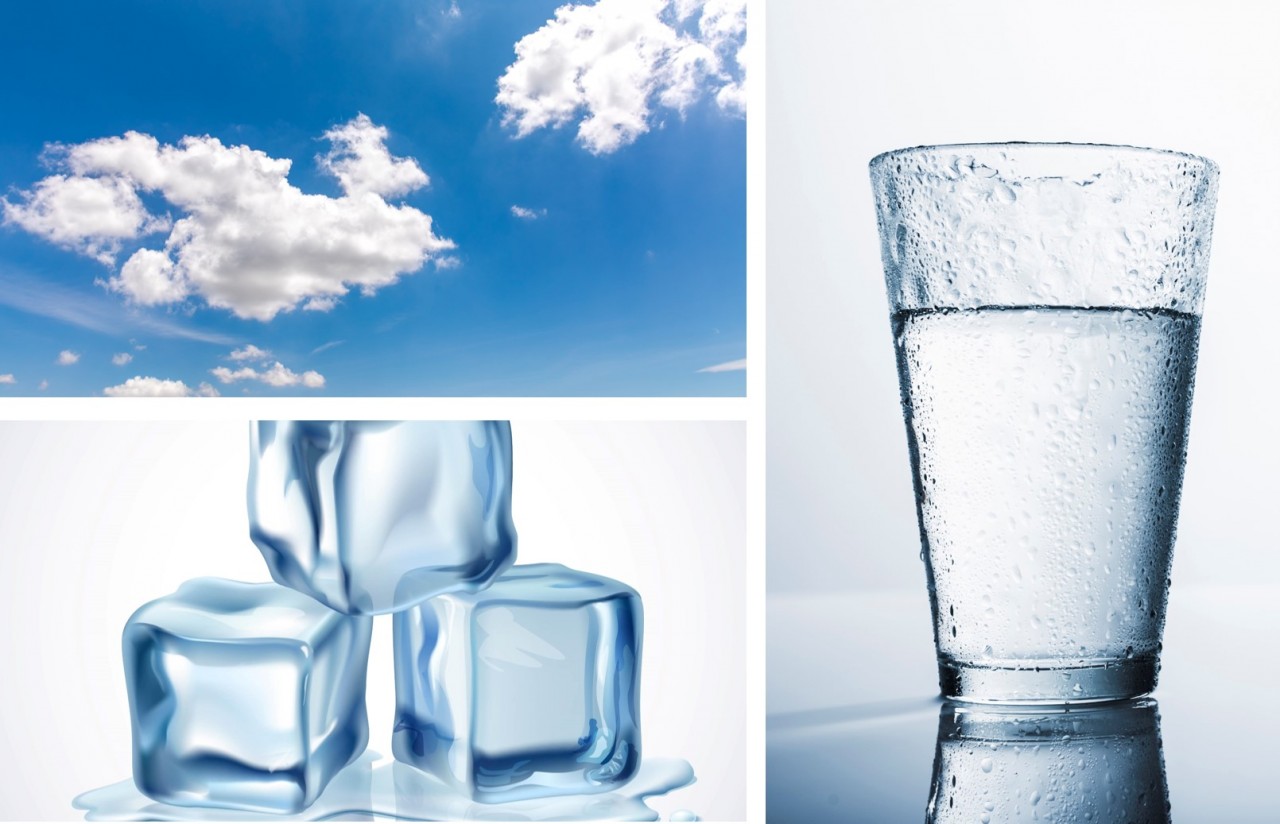 1.2 Activity 3. Complete the matching exercise below 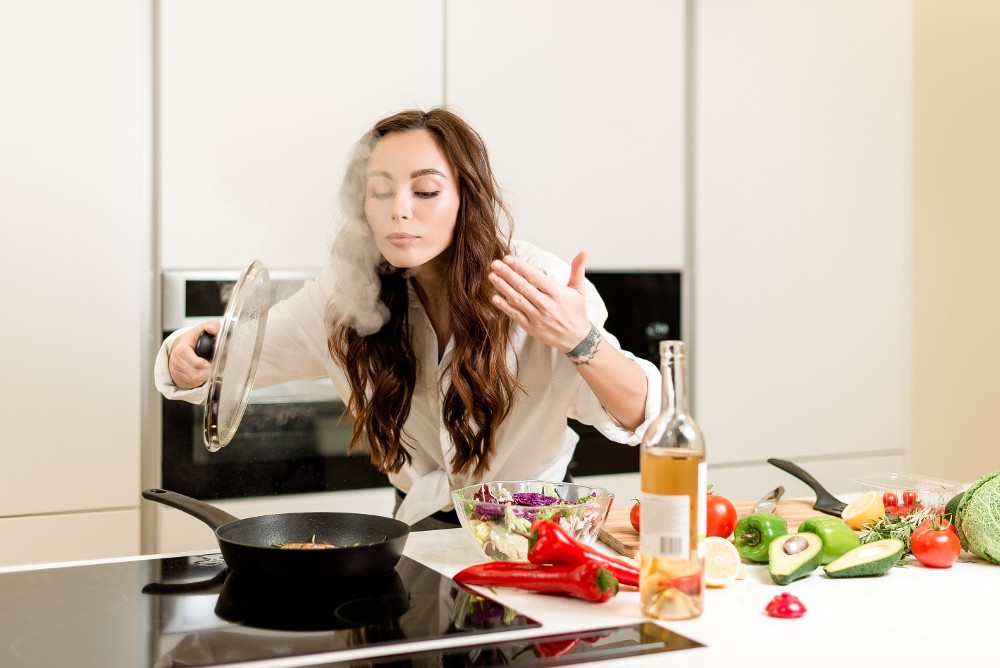 Particle theory explains why the smell of cooking in the kitchen can quickly be smelt by people in other rooms.

1.3 understand how the results of experiments involving the dilution of coloured solutions and diffusion of gases can be explained

Particle theory states that all matter consists of many, very small particles which are constantly moving or in a continual state of motion. This theory helps us to explain how food colouring dissolves in water so that the colour spreads evenly throughout.

Diffusion happens in liquids and gases because their particles move randomly from place to place. Diffusion is an important process for living things; it is how substances move in and out of cells.

​Gases can diffuse into each other . This is because the particles in a gas are in a state of constant random motion.

Liquids can diffuse into other liquids. When the two liquids mix well in each other they are said to be soluble.The diffusing of one liquid ( the solute) into another ( the solvent) results in the dilution of the solute by the solvent.

Watch  both the video and the animation carefully.

In your own words:

Use the each of the following words at least once:

1.4 know what is meant by the terms: solvent, solute, solution, solution, saturated solution.

1.5C know what is meant by the term solubility in the units g per 100 g of solvent

1.6C understand how to plot and interpret solubility curves

1.7C practical: investigate the solubility of a solid in water at a specific temperature

Watch the video carefully and write down your answers to the questions before revealing them by clicking on each questions in turn.