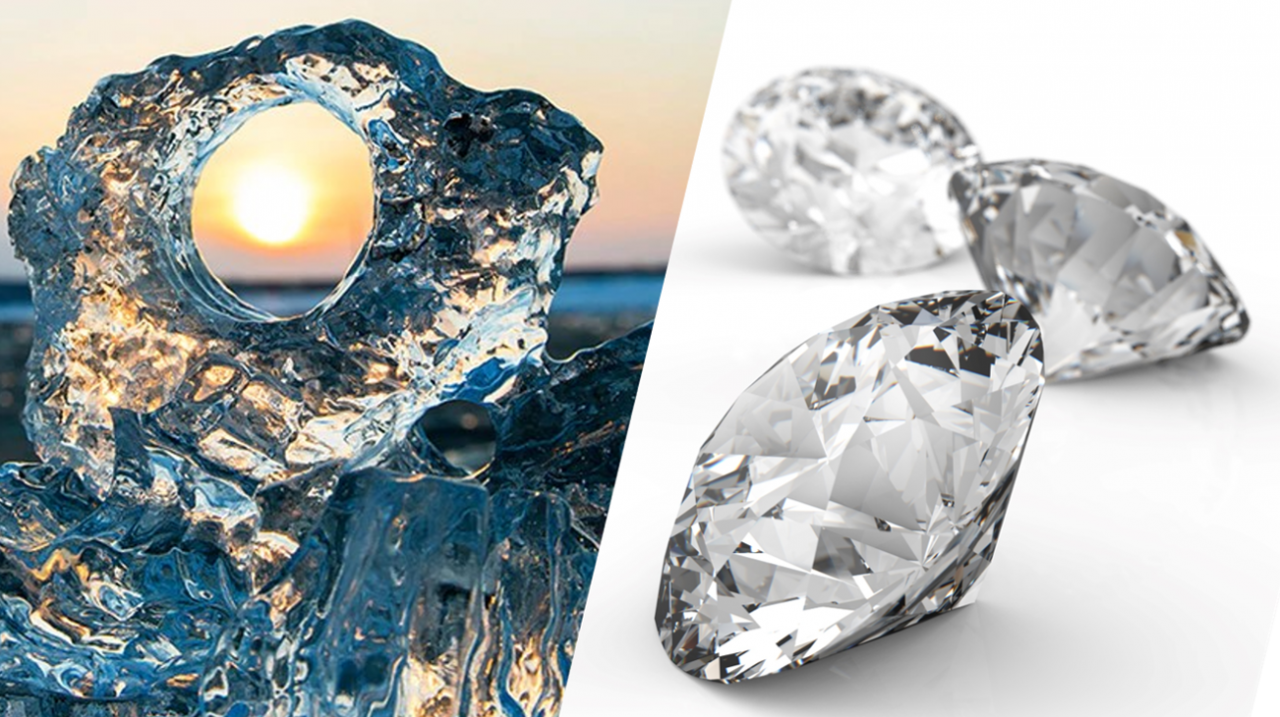 Ice melts at 0 degrees C, Diamond remains solid until its temperature is above 3500 degrees

Look at the images of ice and diamond.  In some senses you might say the two substances are similar.  Both substances are solid,  transparent and crystalline. In terms of bonding, they have similarities too :

However ice melts at 0oC whilst diamond remains solid until its temperature is above 3500oC. This is because:

In this topic we examine the idea of intermolecular forces, what causes the, why some substances have strong forces holding them together and others have only very weak forces between them.

​TEST YOURSELF .
Past paper questions on this topic
https://app.box.com/s/touidplwi8i7v6inm3n0re6jmjlzujlz